Today I will tell about Top 5 Best Camera Phones of 2021. At one time mobile phones used only for communication, but in the evolution of time, the scope of work of mobile phones is now much wider. Now with the smartphone at hand, many necessary tasks can do. For example: taking pictures using a smartphone.

As smartphones get stronger every year, so do advanced camera technologies. Now more than one camera can see in ordinary smartphones. Today’s topic is the Top 5 Best Camera Phones of the time were discussed.

So without further ado, let’s take a look at which smartphones are on the list of best camera phones?

Apple’s phones usually do less processing when it comes to taking photos, so it looks much more alive after taking a photo than it does with Huawei or Samsung’s flagship phones.

This year’s iPhone 12 Pro has a ‘Leader’ (Light Detection and Ranging) scanner attached. This helps to make autofocus ‘six times faster’ in low light by creating a depth map for the surrounding environment.

Adequate details can also be found in long distance photos taken with the help of the phone’s telephoto lens. It is possible to take 4x optical zoom-in shot with a 52 nanometer telephoto lens. With iPhone 12 Pro you can also take good photos in portrait mode.

The three cameras on the back of the phone can capture video at 4K resolution at 60 frames. It is also very easy to use the camera app of the phone.

Undoubtedly, its camera will beat any good quality DSLR camera. The Samsung Galaxy S21 Ultra phone has a great setup of quad cameras.

A great feature of the phone’s camera is the use of its telephoto lens. It is possible to take pictures with 100x zoom as well as 10x optical zoom through telephoto lens.

Like the Galaxy S20 smartphone, it has super-fast autofocus and OIS (optical image stabilization) features in both primary and telephoto sensors.

The cameras on the phone can record 8K resolution video at 24/30 frame rate. It also allows you to capture 4K videos at a rate of 60 frames. And at 240 frame rate, you can capture super slow-motion video at 1080p resolution.

This phone from Samsung has a 40 megapixel selfie camera with f / 2.2 aperture on the front. Video can also be captured in 4K resolution with the front camera.

The camera of the Honor 30 Pro, a sub-brand of Huawei, is very similar to that of the Huawei P40 Pro. The only difference between the two phones is the price. In this phone you will get high camera specification again at a lower price than P40 Pro. The phone has a quad rear camera.

Great photos can be taken in low light with this phone. The phone has 5x optical zoom as well as 50x digital zoom. Although the previous phone did not have RYYB sensor, this time the phone has RYYB (red yellow yellow blue) sensor in the 40 megapixel primary lens.

The quad camera on the back of the phone can capture video at 4K resolution at 60 frames. However, this phone does not have Google Play service like other Huawei phones. Which can be called a negative aspect of the phone.

Another of Huawei’s best camera smartphones on the list is the Huawei Mate 30 Pro. After the release of the phone, DXO earned the highest rating in the mark rankings in the field of photography.

The phone has a 32 megapixel lens and a 3D depth sensing lens for selfies. And it has the advantage of ultra-wide angle shots, ultra-wide night-shots, portrait shots and bokeh effect.

The camera on the phone can capture video at 4K resolution at a rate of 60 frames. It uses ISO 51200 for slow-motion video capture. This phone can hold 60 frames per second.

Huawei’s smartphone has taken mobile photography to another level. The Huawei P40 Pro has a quad camera setup on the back.

With the smartphone you can capture all the great photos in low-light. As well as its ‘Periscope’ telephoto lens, optically fine zoom-in shots can take. In addition to 5x optical zoom, the phone has the advantage of using 50x digital zoom.

Where other smartphones use the traditional RGB (red green blue) sensor, this smartphone uses the RYYB (red yellow yellow blue) sensor. As a result, adequate details can find in the picture taken with it.

The smartphone has a ToF lens so you can take good photos in portrait mode. The camera of the smartphone can capture 4K video at 60 frame rate.

The phone has a 32 megapixel lens with f / 2.2 aperture and a ToF 3D depth-sensing lens for taking selfies. Adequate details can also be found in the selfie taken with this smartphone.

Huawei’s P40 Pro replaces the 2016 flagship phone P30 Pro, which is still a great camera phone. However, the only downside of the P40 Pro phone is that it does not have Google Play service. 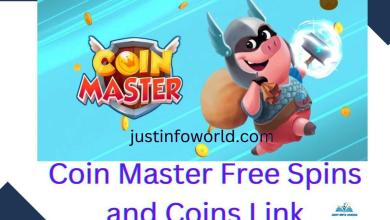 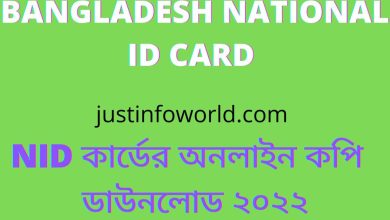